A little bit about me

Moin!
(as they say in Hamburg) I’m Caro, comic artist and illustrator, and even though I’ve been living and working in Berlin for some time now, I’ll always be a Hamburger at heart (as in Hamburg, the city; not hamburger, the food :D).
That might not be where I hatched (in the year of 1988 – still got a fancy GDR seal on my birth certificate), but, as the story goes, in 2006, my educational plans took me to the beautiful harbor city and I just fell in love and wanted to stay there forever.

Well, things never turn out the way you expect, and that’s exactly what happened with my career plans. I actually, seriously tried to work full-time as a communication designer – after all, that’s what I studied and liked to do.
However, it only took half a year for me to realize that being employed in the same position within the same company all the time just isn’t my thing. Plus wouldn’t I like it much better to create illustrations and comics? 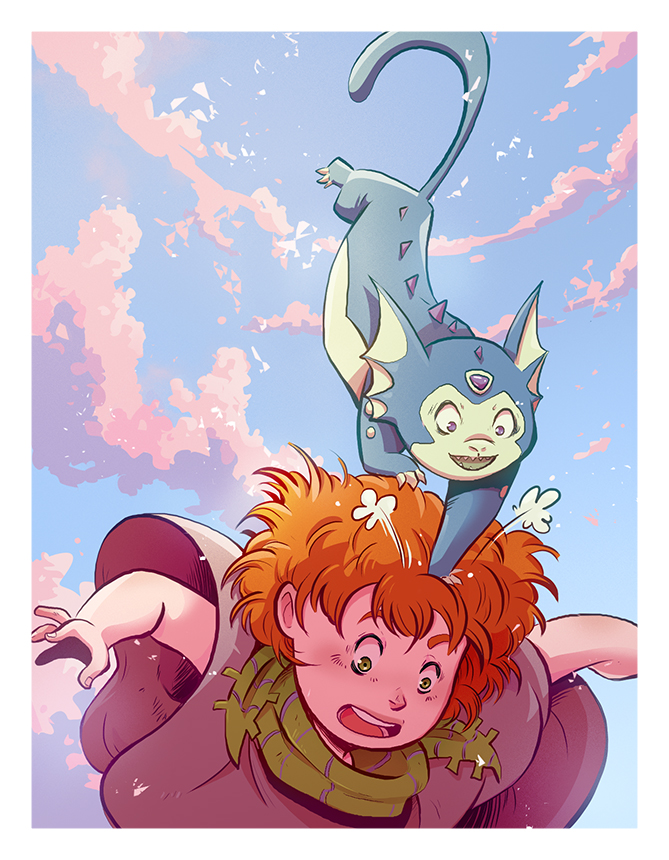 As we all know, ideas need to mature, so my short-term solution in 2010-2011 was to add another training, this time in 2D animation (the really oldschool version, with pencils and pegbars on an animation table :D), and reduce my full-time job to part-time, in order to be able to work on my career as a freelancer in the remaining time.

I admit that there were days when I just went for a coffee with friends, but I also created a couple of explanatory videos, my first freelance magazine illustrations and my official comic debut, “Eine kleine Nachtmusik”, in “GroßstadtAugen”, published by Droemer Knaur, during that time.

In 2015, I realised I was trying to juggle too many balls at once – and didn’t I actually want to create comics? So I handed in my resignation for the end of the year, dug up an old concept for a comic series from my student days and published the first volume at Comic Salon Erlangen in 2016. There I full-throatedly prided myself in front of everyone who did or didn’t want to hear about it on “Vom Anfang/The Origin Story“, a fantasy adventure comic series with female protagonists (because there are still too few of those!), that I write, draw and even publish all by myself – because I can.

Shockingly, people believed me and I had to deliver and draw the next volume, and the one after that, and accompanying booklets, and artbooks, and merch to go with it. To put it briefly, since 2016, I’ve been doing little to nothing else; I spend my winters drawing, publish a new comic in spring/summer and ‘go on tour’ to various fairs and conventions from Germany to Austria, in order to put the thing (and anything else I made in the meantime) into readers’ hands. Meanwhile, I don’t grow tired of explaining that I’m NOT Cosima. I just like red-haired girls…

I know what you want to ask

‘Can you make a living from that?‘ – And I like to reply with a wholehearted ‘Yes and no’. 😀

Luckily, my comic empire has grown to make up a considerable portion of my income, thanks to my online shop sales and Patreon support. I (still need to) rely on additional work in the form of freelace illustrations for the book market, design of beloved characters, coloring of other artists’ comics and other things where my help is needed, though.

But I’m getting there – let’s see what I’ll be writing 5 years from now, when I’ll decide it’s time to update this website once again. ;D 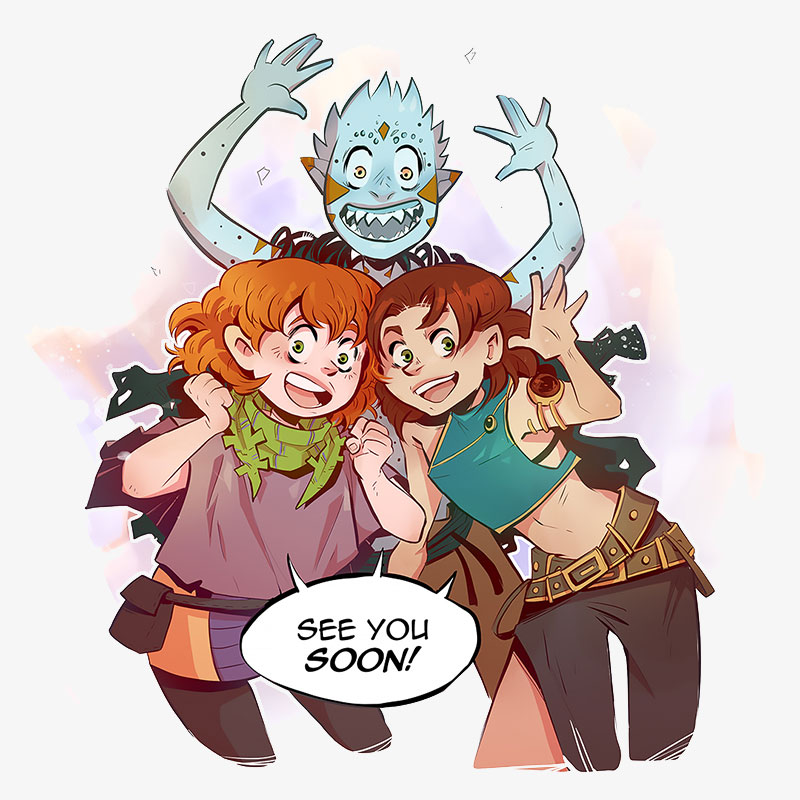 © 2022 Carolin Reich. Please don't use any content without my permission!